Metablogging and my breasts

I apologize to those whom have heard or read most of this already in email or conversation. I’m just not that creative lately and have to cannibalize the increasingly rare thoughts I muster. Also, some months ago I decided I didn’t want to do the boring running log blogs anymore, but that engendered the feeling that I have a responsibility to be interesting and witty. It’s a lot of pressure I’d just rather avoid. And I’m lazy.

So I recently came into possession of a Suunto T3 heart rate monitor. I’ve only had it about a week, but I really like pushing all the buttons. Jessica says that’s a boy thing. Acutally, there are only five buttons, but there are about eleventy billion button combination/features. I don’t so much like wearing the heart rate strap. Andre said, “that strap pushes up your breasts.” Guess I’ll never wear that again. I felt so violated. But sexy.

It also has a foot pod for distance and you can supposedly download training info to your computer, but you have to buy another pod or something. Sure, as some of you noted after the graphing dorkiness, I’m a bit of a technoweeny so this might be right up my alley, but I’m not sure I want to become a slave to the heart rate data. Training zones and effects and max and resting and all those apples off the tree of knowledge. I’d kind of rather be ignorant and blissful. I know people swear by heart rate training, and I’ve read a couple of training systems based on heart rate, but I just want to run baby run. I sit in front of a computer 15 hours a day, I don’t particularly want another one strapped to my wrist. But maybe I’ll find it really useful and do a review of the thing after I’ve played around with it for a few weeks (I think that’s part of the deal of me getting it in the first place).

So I have this other side hobby when I’m not running. I’m a serial job interviewer. I’ve turned down two jobs already this year and I have another interview next week. Actually, I have to interview with eight people over 4 1/2 hours, and I’ve already had three phone interviews. I’m tempted to tell them to stick it. But they want me to take the Wonderlic test which might be worth it all. You know the Wonderlic, the one the NFL gives to players at their scouting combine? Apparently only one NFL draft prospect has ever received a perfect score, and I’d like to know if I’m as smart as a punter from Harvard.

Why all the interviewing? Here’s the most recent incentive: tomorrow (Friday 2/29) Sector 7G is rolling out a new version of our website, which we’ve been working on furiously for a couple of months. In relative terms, it’s kind of a big deal. Last week my boss comes into my office and says, “oh by the way, I’ll be on vacation Thursday and Friday when we roll out.” We’re really not ready to go live (you know the old 80/20 rule?), but what the hell, the higher ups threw a dart at a calendar and I guess thought February 29th would be unique. Then they scheduled their vacations.

So when we last left our hero I had made it to three Gazelles workouts in a row. Let’s see what’s been up since then. Oh my, I forgot all about the ATT Austin Marathon. I paced P to the L for the last six miles of his Boston Qualifying time, which was almost as satisfying as my own marathon. I also rode around the course on my bike for much of the race, paying special attention to the groups around sub-3 pace. Seeing those runners work so hard, the pain on their faces, I just kept thinking, “I can’t believe I did that. Someone else besides me must have run that race, maybe the course was short? Because that looks way too hard for me.”

You know what’s mildly interesting? The cliques and clubs of running buddies that form. There are some people that everyone loves to run with, and they’re welcome in all the little pods and they shift easily between groups. I’m not one of those people. Especially on long runs, I often feel like an interloper and just try to stay in the back, quietly. Like I said, only mildly interesting.

Back to the log. Workouts of note:
– One Tuesday I was late to class and decided to run the lollipop route on my own. It was the first time in a long time where I permitted myself to think, “I’m back.” I felt so good I threw in a Spring Creek repeat on the way back. I think I averaged under 7 for the eight miles or so. ‘Twas comfortably painful.
– I missed class again the following Thursday (1000 repeats) so on Friday I did a solo modified eight-mile fartlek: 3:45 hard with 2:00 rest. Another confidence-building, rust-reducing run.
– The next morning I labored through the longest 85 minute 10 miler in history. Someone said I looked “shellshocked” afterwards.
– Spring Creek repeats Tuesday morning seemed easier than I remember
– 400s tonight: first set of 5 between 81s and 85s, second set all under 80 with last one at 75, two cool downs. I felt really, really slow throughout. My legs wouldn’t turn over, I couldn’t fight through the lactate (or whatever it is), generally disappointing. This was my first track workout since last summer and reminds me why I don’t particularly care for track workouts and suggests why I spent all fall doing mileage on the trails and roads. I’m slow. Always have been, always will be, and only mileage can mitigate that slightly.

Also rode my bi cycle 26 miles on Sunday with Jessica and I thought, “hmmm, I’ve run farther than that.” Was a good ride though. Nice counterbalance I suppose to the running. I’ve been thinking maybe that’s why I’ve had all these niggling injuries lately: too out of balance. Running had pushed out any swimming, biking or lifting I used to do. Just a theory. 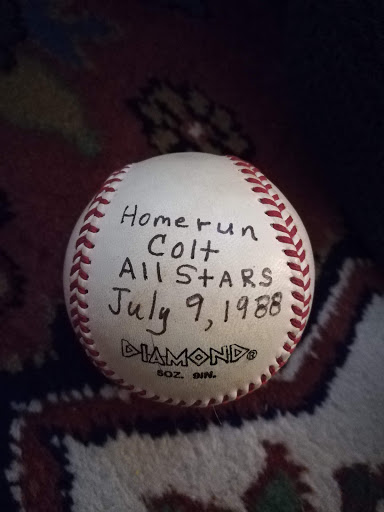 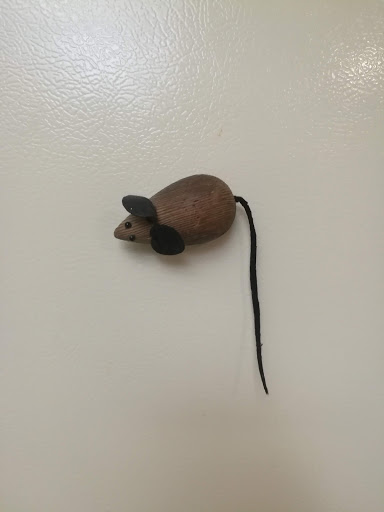 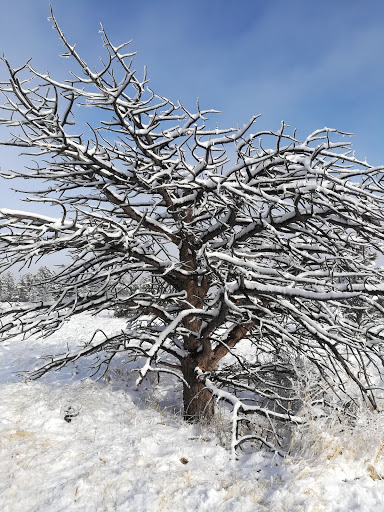