Strange flotsam in the ocean of human forgetfulness

I bonked at work last week, a Tuesday afternoon around 3:30 p.m. I totally flamed out, head hit the desk, lost all energy, recovered slightly and went foraging for food like a wild dog. Found a week-old cookie, drove to the trail and ran four miles. Then bonked on a three mile run the next morning. Felt like the end of a 20-miler, horizon wavering, heart palpitating, desperate to just get to wherever the hell I was going. So the rest of the day I decided to eat whatever I wanted. Think I need to get more sleep too.

Last Thursday pummeled my way through a solo 800 session. ‘Twas my anniversary so I had to get to the track and git ‘er done and get home to the missus. It was hot. It was windy. The port-a-potty had no toilet paper. 8×800, two minutes rest, all between 2:49 and 2:43. Feeling pretty good, then I heard Gilbert again showed the afternoon group my times and they ran “2:30ish” with the last one at 2:24 or something. It’s not a competition.

The next morning to Lady Bird for seven and I did 10. Saturday for 11 and I did 14. Sunday I actually took off and I didn’t even feel guilty about it. In fact it wasn’t until that night that I realized I hadn’t run that day. Kind of nice I thought. Then I felt guilty. Monday a solo Bouldin ‘cracker around 6/m pace, feeling in the groove for a nice tempo. Tuesday some 2ks/1ks at Zilker, again feeling pretty strong, ending up dusted by the truly fast.

Another solo track workout, even tougher than the 800s. 12×400 at the local middle school and I wanted to quit after the first one. And the second through sixth. Wind had to be gusting 30mph on the backstretch. Finally just sucked it up, shut my mind up and ran. The track kids were out so I tried to look good and thus started waaaay too fast. If you MUST know: 72, 76, 80, 80, 81, 79, 80, 80, 80, 80, 80, 77, 74. Hey wait, that’s 13! Only now when I’ve written them down do I realize I did 13. Well good for me I guess. Still, it’s the hardest workout I can ever recall, or at least the hardest on me. It was supremely difficult to start each one, not give up on the home stretch, and do another 60 seconds later. And I had no water. I think the track was uphill too. Get the idea yet, future DV when you come back and read this? It was hard, freaking hard.

Solo track workouts s to the u to the c to the k, suck suck suck. But you do them and maybe feel mentally stronger.

I’m running the parking lot 5K on Sunday. I’m completely exhausted right now so it might be a huge debacle, but I’m hoping to run at least as fast as at Belterra. Not everyone believes that was a legit time on a legit course. Why do I care? I don’t, but it’s something to write in a blog. By the way, who can possibly be interested in this drivel?

As you may all know, Jessica made it and had fun and not so much fun and fun again. I’m proud of her, it’s cool having a wife do stuff like that. It’d be cooler if she was insanely wealthy. I kid of course.

I like essays. Here are two interesting ones on World War II and industrial beef production if you have some time and interest. The title of this blog is from the first essay.

I like travel books. I just finished Malaria Dreams, An African Adventure. Funny, easy, not great, not terrible. Premise: drive across Africa. Reason: so he can write a book? Outcome: bumbling adventures through the bush and bureaucracy.

I like freedom. I’ve realized it’s the quality most important to me. Which kind of makes having a job suck. And which colors all my decisions … “if I choose X, how much freedom will I have? Then I’m not going to choose X.” What do they say, money is freedom? Then I need to get me some of that I guess.

I like this picture and the kid in it. 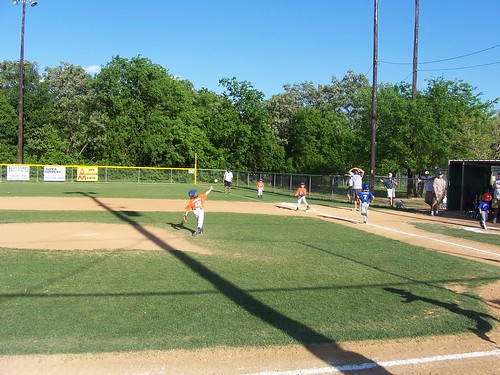 Supposed to be a down week. Took Monday off. Tuesday ten x Wilke plus lollipop.…